Two-time NBA Champion and Basketball Hall-of-Famer Hakeem Olajuwon has named NBA Ambassador to Africa and will play a prominent role in the development of basketball on the continent.

Olajuwon will work closely with the NBA Africa office, which is located in Johannesburg, South Africa led by Senegal-born Amadou Gallo Fall, NBA Vice President for Development in Africa. The Nigerian native will represent the NBA through a range of basketball development events and NBA Cares activities across the continent to help grow the game, give back to communities in need, and bring attention to diplomacy through sport.

Basketball has given me so much in life, said Olajuwon. In this new role I am looking forward to impacting young Africans and utilizing the power of sport to help change lives in what is an exciting new chapter in my career. 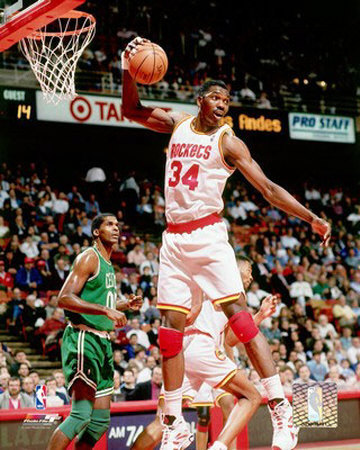 Hakeem Olajuwon to Work Closely With the NBA Africa Office Located In Johannesburg.

We are elated that one of the greatest to ever play the game, a son of Africa, and a legend of Hakeems stature will officially represent the NBA in Africa, said Amadou Gallo Fall. He truly embodies the values of the game, and will be a great ambassador for the league and a perfect role model for Africas youth.

Olajuwon recently participated in the launch of Power Forward, the ExxonMobil, NBA and Africares development program launched in Abuja, Nigeria last November. Prior to that he visited South Africa last August and attended the Nelson Mandela Sport and Culture Day celebrations at the International Convention Centre and the FNB Stadium in Johannesburg.

Born in Lagos, Nigeria, Olajuwon was selected with the number one pick in the 1984 NBA Draft, becoming the first African player selected first overall. His playing highlights include: 12-time NBA All-Star, two-time NBA Champion (1994, 95), NBA Most Valuable Player (94), and two-time NBA Defensive Player of the Year (93, 94). He is the only player in league history to be named MVP, Finals MVP, and Defensive Player of the Year in the same season (1993-94).

The NBA has a long history in Africa with more than 30 players from the continent playing in the league since 1984. Basketball without Borders Africa has been held 11 times on the continent and the league opened its African office in Johannesburg in 2010.

wordname greatzhang730@outlook.com
© 2014 All rights reserved.
Make a website for freeWebnode
This website was built with Webnode
You can also have an impressive website for free!
Try it out